The Housing Industry Australia has announced its annual awards and unveiled the Australian of the Year. The HIA went all-out, scrutinising every new Australian home with a spirit level and magnifying glass. Well, with a keen eye, anyway. Armed with strict criteria for judging the winning domiciles, they settled on a list of top houses. The judges were searching for outstanding projects with unique workmanship that pushed the boundaries of design. They weren’t about to be fobbed off with just any old shack either; they had their noses into everything. The judges checked out the bathroom and the kitchen and measured the cubic feet of floor space. They were interested in the lighting, the colouring, and whether or not it would withstand being listed on Airbnb. They didn’t just settle on the house, either. The judges awarded the best kitchen, best bathroom, and apartment of the year. You’ll be gobsmacked.

Not Just Any Australian Home 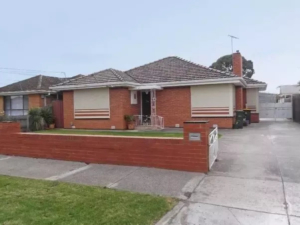 We’re all proud of our homes. It doesn’t matter how humble, unless you take pride in where you live, it’s not a home. Having said that, what better way to flog a house than by boasting about its having won the Australian Home of the Year award? The HIA doesn’t just hand awards to any old bungalow, and it’s a good thing too! As proud as we might be of our homes, that doesn’t make them special. No way. You can console yourself by winning the caravan of the year award if you want. But that won’t cut it in the property market. Leaky, rat-infested hovels might have their place, but not in the HIA’s judging camp. If you think we’re being snobs, then snap out of it. We don’t subscribe to this crazy modern notion of giving every player an award just so they won’t feel left out.

Of course, we’re being light-hearted because we’re so stoked with the HIA-CSR’s 2022 selection of Australian Home of the Year. When you live and breathe real estate, it’s easy to get carried away. This year’s Australian Housing Awards feature the transcendent. The awards were announced on April 23, so it’s taken us a couple of weeks to get around to the story. But that’s because we had so much admiration suffusing out of us and so little time to get a grip. Plus, we wanted to know whether or not we might score an overnight stay in one of these stunning dwellings. It seems not, but who cares? But no, if every Australian home were worthy of an award, there wouldn’t be any grounds for awarding an award. When superb architecture is achieved, great art is made. When we enliven shelters by articulating our design, we are moving forward culturally. 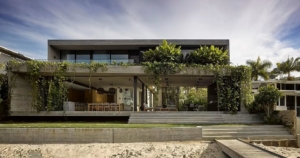 Pursuing excellence in housing rewards the industry and encourages competition. Housing isn’t just about putting a roof over one’s head, any more than dining is about filling your stomach. We have taste buds for a reason; they complement our senses. You don’t just drink fine wine; you sniff it and marvel at its texture. A house is more than just the sum of its bearing walls and roof slates—it is an architectural statement. It’s about culture, and sure, it’s also a status symbol. It doesn’t take a Kevin McCloud to wax lyrical about the benefits of ergonomic living. A human being craves space. However, we’re limited to the available amount. An award-winning home design takes advantage of each breath of space and utilises it for functionality and atmosphere. The role of aesthetics is undervalued in our commercial society, but a house must be visually appealing. It’s called liveability.

It is a privilege of the wealthy and those with the vision that such bespoke splendour exists in housing design. In the early part of our history, the average Australian house was held captive by notions of its British heritage. Homes were built in a terrace style with no thought to the different environments. Unlike the Poms, we have sunshine. But in Australian cities, you wouldn’t notice it. We ignored light when replicating their architecture. Perhaps it was the window tax, or maybe nothing is worth viewing outside of an English window. But it took many years for Australian builders to break free of the shackles of that imported convention. For the main part, the dispersal of median-sized land can’t afford much leeway from uniformity. But it doesn’t mean that one must conform either. We may all enjoy enhanced liveability when Maslow’s pyramid of human needs is universally met. 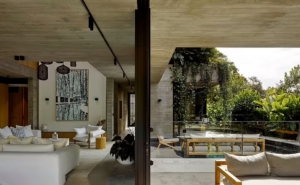 The 2022 Australian Home of the Year has liveability in spades. Built by JW Constructions, this custom home sits poised at the edge of a rippling river somewhere on Queensland’s Sunshine Coast. They haven’t told us where perhaps because they don’t want sightseers turning up on their doorstep. Yet, this vine-strewn residence, with its subtle façade and open plan, appears minimalist but understates its sophistication. Blending concrete with warm accents of wood-grain, it narrowly escapes being mistaken for a parking garage. From the front, its slab-like geometrical assertiveness brings to mind The Thunderbirds’ secret operations base. Venture inside, and you’ll be taken aback by the expansiveness. If ever there was a cure for claustrophobia, it’s this. The home boasts a courtyard and a north-facing swimming pool. The seamless joinery accentuates the continuity of its straight lines. The main bedroom has “a lush garden and privacy screens cantilevered over the courtyard.”

The double-award winning home (it won best custom design too) is the epitome of open-plan. The cool breeze whispers on your skin by just looking at its pictures. It is this compact with the environment which emancipates the occupants from the stuffiness of the brown-brick suburban grind. It bypasses the Federation style and the fabulous fifties’ fibro dream house. The 2022 HIA-CSR Home of the Year flies above the 70s and 80s cream-brick aesthetic to land in a bright future, which is now. This speaks volumes about the aspirations of modern homeowners. The design avoids the gaudiness of the outlandish mansions that occupy the suburbs where the once humble migrant communities settled. Of course, there are countless amazing homes in Australia. But what makes this year’s HIA-CSR award winner stand out is the way it welcomes the atmospheric riches of Australia. This is how the Australian home should be. 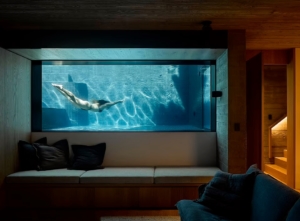 We’ve talked much about how this award-winning Queensland house seamlessly fuses with its environment. But then there are the attractions that give it a splash of James Bond. For instance, the downstairs rumpus room features a glass-encased temperature-cooled wine cellar. But it also contains a snug area with a sofa situated below a thick glass window looking into the pool. How cool is that? It’s very cool, especially if you happen to be wading about in the water. For others, the wine cellar will satisfy all the responsible recreation requirements they need. The indoor and exterior rooms are harmoniously blended by a window wall and huge glass sliding doors. Luxuriant vines cascade from the second-level garden over the pool and alfresco terrace. Guests will feel as if they’re on a tropical retreat.

It is tantalising to take in the grand designs on offer in the housing market. Everyone dreams of that perfect forever home and of building the design of their dreams. But we’re not all dreamers, and our cities are already awash with plenty of amazing houses. Naturally, we can’t all live in an HIA award-winning house, but we don’t have to. Our wants and needs come with the steps we take. If we have a growing family, we may need more space. But if the children are moving out, we might wish to downsize. The lucky owners of the HIA-CSR Australian Home of the Year have built their dream house. But even that will one day join the market. If you are taking that next step and selling your property, you’ll need the best real estate agent for you. That’s where Perfect Agent can help. Contact us today.