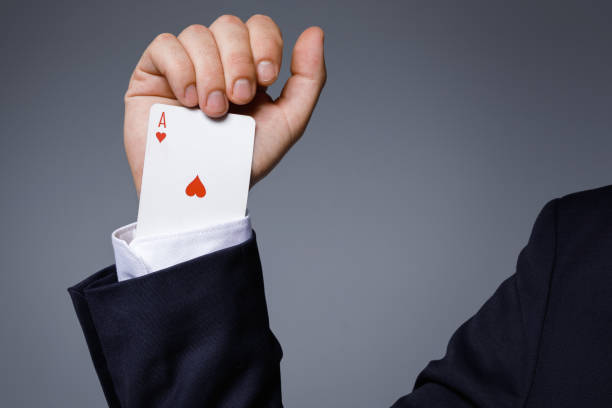 The property market is a display case for all that makes us mortals both great and terrible. It can be a dirty business. If real estate agents were pure as the driven snow, we wouldn’t engage them. Business is a ruthless field, and we need our agents to be adept at the battle. It’s not a matter of abandoning ethics but an acceptance that if we don’t play hardball, the other side will. All is fair in love, war, and the property market. “Nice” won’t get our house sold at the asking price. Consequently, we impart real estate agents a licence to do whatever’s necessary to achieve our mutual goal. But if we let a snake into our bed, should we be totally surprised if it bites us? Some agents will use dirty tricks on buyers, while others will play us both. We explore some of their common dirty tricks.

Naivete is a welcome gift to the unscrupulous real estate agent. Indeed, it can be like handing them the winning ticket to Powerball. We’re not suggesting that this is by any means a commonplace occurrence but beware of the insider trader. How do they ply their shifty craft? They usually prey on elderly people who approach them to sell their houses. Instead of gaining an idea of their house’s value, the owner makes the mistake of asking the real estate agent. It’s been a while since they had their property valued, and the last they heard it was worth around $500,000. Unwisely, they mention this to the dodgy agent. The agent sizes up their property. Whistling through their newly-whitened teeth, they shake their head salivatingly. They know the property is worth $1.5 million, but they’re giving nothing away. The hopeful owner politely asks, “Could we get a million for it?”

The agent then assures them, “Yes, we can do better.” They don’t overplay their appraisal but offer a slight raise on the owner’s desired price. The owner is happy, understanding no better and gullibly trusting the agent. But they wouldn’t be so cock-a-hoop knowing that the real estate agent got straight on the phone to a relative. The agent then puts the house on the market. The sleazy relative snaps it up for a bargain at $1.2m. To the owner, it seemed like a great deal. They got slightly more than they were expecting. However, it was always worth more. The agent knew this. Let’s say the relative bought it for $1.2 million. They might sell it straight away or wait for a few years while renting it out. Then they’ll sell it for at least $1.7 million. Unbeknownst to the original owner, they’ve been grifted out of half-a-million simoleons.

We’ve always argued that a comprehensive advertising campaign is integral to successfully selling your property. Do not doubt it either. But not every property sale is the same, and not all real estate agents are honest. Moreover, not every agent is competent. A solid real estate agent relies on their network of contacts. They have access to a list of buyers whom they can contact ahead of advertising your home. Savvy agents work both sides of the field: they introduce buyers to sellers. A house comes on the market and they have the perfect buyer in mind already. There’s none of this sitting at a desk routinely answering phones and crawling into action only because they have to. Good agents are enterprising about fertilising their client base. They move between both buyers and sellers and maintain active lists of both. This makes sense too since they’re proactively servicing their market.

However, ordinary agents aren’t too bothered about following up with buyers. They never do today what they can put off until tomorrow. This feckless breed of time-server will invariably spend your money on advertising, expecting to bring buyers to them. It’s as if they’re working more for the advertising business than for the client. The job of real estate agents is to sell an owner’s home, not sell advertising to them. And when they take this approach, it’s likely because they gain an advantage from doing so. The truth is that they’re using your money to sell them and their agency. They aren’t advertising your home so much as themselves. You may have initially agreed to an advertising budget. But suppose that buyers haven’t rushed to acquire your property. The agent pressures you into pouring more money into fresh advertising campaigns. Count your losses and find a new agent.

A slippery real estate agent might use their position to enrich themselves, their relatives, or a friend. One method is to string along a seller in the interests of a particular buyer via false contracts. An agent recounted one such incident that they shared on a blog. It gives you an insight into how the utterly unscrupulous operate. The agent was contacted by a first-time seller who was displeased with their current property agent. There was an agreement to sell the house, but it sat on the market for outside of 90 days. They asked if the agent would appraise their property, and he obliged. He told them honestly that he believed he could attain the price they were asking. It was a “first buyer’s home”, and the agent detected that the owner’s agent had made a series of gaffs. One of those was to begin by auctioning the property.

The author attended the auction, and nobody turned up but the agent, the neighbour, and the agency principal. Oh, and the auctioneer. The seller’s agent learned that the owner was now talking to another agent. On the last day of the property sale, they miraculously produced a contract. He later learned that that contract had fallen through. The agent did his detective work and discovered the buyer and agent were friends. He was willing to bet that the contract was never signed by a real buyer in the first place. Instead, he believed that the owner’s agent was using a false contract as a stalling tactic. In this case, the agent had likely used his friend as a fake buyer. The purpose of this deception was to string along the dissatisfied customer until the agent found a genuine buyer. In other words, he wasn’t willing to surrender the unhappy client.

It is sometimes problematic for an owner to sell their property through an agency that has dubious policies. Those strategies form the system by which the firm operates its business. These are the types of companies an owner needs to look out for. Employees are indoctrinated into the methods and practices of the agency that doesn’t benefit the owner. In one such case, again extrapolated from the memoirs of a veteran agent, this means passing on dummy offers. The law requires that a real estate agent pass on all offers they receive on a property to the seller. This works to the agency’s advantage if they’re not so vested in the client’s interests but their own. In the case of the agent recounting the story, the policy couldn’t be clearer. It was that business’s instructions that each agent provides a fake offer to a client after their first open inspection.

How does the agency benefit from a policy that insists its agents lie to customers about non-existent offers? It boils down to managing the owners’ expectations with the priorities of the firm. For instance, the nature of that offer tends to be low. Usually, the practice is to offer around 20% below the price they’re after. They never fake a “high” offer because that would be counterintuitive. In the first instance, the new client is encouraged to hang off for a better offer. Indeed, the belief is that higher offers are on the way. However, they’re being conditioned to expect lower prices. This might have a useful component in that it tempers unreal expectations of stubborn customers. But that’s not the intention. The firm makes money whether the house sells low or high. By deflating owners’ expectations, they’ll soon accept the lower price. So it’s about convenience for the agency.

These are but a few of the questionable tactics that certain agents and their firms use to manage sellers. On the flip side, they employ even more tricks against buyers. The property market is a jungle, just like every industry. There are good agents and there are bad agents. When it comes to the bigger agencies, the good agents might find they’re being tutored in doubtful practices. They certainly are if they adopt those outlined above. But it’s also a “buyer beware” scenario. Sellers are buyers when it comes to enlisting the services of an agent. They are buying that person’s professional skills. It’s important that they can trust and rely on the agent to work for their interests. This is where Perfect Agent can help. We vet all our agents. When we introduce an agent to an owner, we know we’re placing them in the right hands. Contact us!