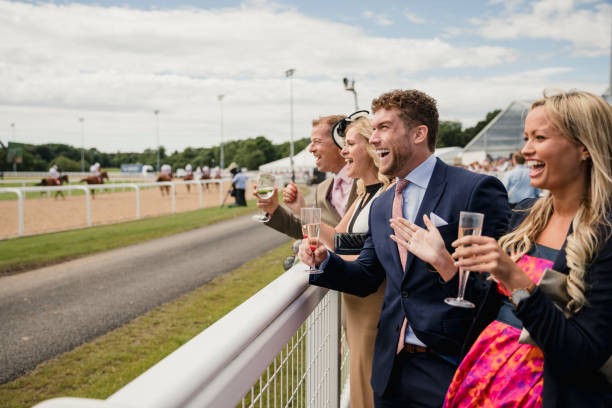 When trying to nail down Australia’s best real estate agents, you will encounter different opinions. That’s because the industry judges its own. Lists of the top-performing real estate agents seem to have an industry nexus that precludes objectivity. They come with official-sounding names, like the Real Estate Industry of Australia and the Australian Property Industry. But they’re more likely to be back-slapping, self-interested parties out to promote their members. As such, it’s a tough call. But we are curious nonetheless. We’re well into 2022, so it’s time we asked who are the best real estate agents in the country. It’s a fair question, but only if the winners are legitimately deserving of the praise. Bear in mind that nobody’s bothered polling the clients to learn what they think. In which case, we also need to know what criteria such an accolade is based upon.

The Criteria For Determining A Top Real Estate Agent

Frankly, we reckon there’s only one consideration for what puts a real estate agent in the top tier. That’s how many houses they’ve sold. But it’s curious to find that a lot of woke gibberish also goes into the selection process to form the basis of an industry award. The API figures that key determiners of excellence include a “Workplace Diversity & Culture Award.” And then there’s the Lesley Bennett Women in Property award. Must we be so gender-conscious? Although the way things are these days, that award might be taken out by someone who was born a man. That’s if the sporting world is anything to compare it with. These honours are awarded based on “progressiveness”, which means nothing that’ll sell your property in 30 days or less. Forgive our cynicism, but this is business. It’s better to lend credence to awards bestowed on the grounds of proven sales.

As such, we wonder about REIA’s award selection. They were all-grins when declaring how women took out all the top places. But what were these places? The categories include “Community Service Award,” “Innovation Award,” and “Operational Leader Award.” Perhaps they missed out on the “Most Convoluted Jargon Award.” There were also categories for sales, but they were at the bottom of the list. However, Real Estate Business had a more practical approach to assessing the priorities of their top 100. REB focused on relevant factors such as “Average Sale Price” and “Total Value Of Residential Properties Sold.” They also factored in “Residential Property Listings Secured” and “Average Days On Market.” It’s just the stuff that matters. Therefore, it’s owing to that crunching of numbers to produce a clear winner that we deduce their findings possess greater validity. In other words, they detail everything pertinent in terms of the real estate agent.

What About The Celebrity Real Estate Agent?

Some real estate agents expend more effort marketing themselves than they do on advertising listings. These are the “celebrity real estate agents.” Do they inspire confidence or make us cringe? We want a real estate agent who’s high profile. But do we want one who acts as if they are the hot property and not our house? Isn’t it off-putting when the agent you’re trusting with your biggest investment behaves like a narcissistic teenager? When they’re all over Instagram with cringeworthy images flaunting their alleged success, it reeks of showbiz. The trouble is that showbiz always whiffs of phoniness. When you’re habitually photographed sitting on the bonnet of a sports car, then something’s askew. This breed of an agent is known to keep PR firms on retainer just in case they experience an image emergency. They have an obnoxious habit of sprouting motivational cliches like “I eat risk for breakfast.”

Such upstarts have been a feature of the industry in recent years. There is even a reality show on Amazon that features them in bespoke outfits and partying like the glitterati. Luxe Listings Sydney is like watching the Kardashians doing something for a living. However, without the Kardashians and minus the something, This character-based shmaltz will likely guarantee that the featured agents land in rehab rather than on the top agents’ list. More telling is the fact that none of them has. At least they never made it into the REB’s top 100, and that lot appear to have done their homework. It’s little wonder since the show owes its existence to developer and radio blabbermouth Kyle Sandilands. Not that we’ve anything against him per se. The industry as a whole is silent about the phenomena. However, one insider is quoted as saying, “They look like a bunch of morons.”

Given what we’ve discovered, our choices are guided by the REB’s selection. They appear to have covered all the bases. What’s more, they’ve saved us the work of individually surveying every real estate agent in Australia. According to their top 100, the top ten real estate agents are all in NSW with one in Victoria. It’s a good thing we’re only going as far as the top five. We should, later on, take a look at the top agents in each state. Otherwise, we’ll make a name for ourselves as being anti-provincialist. For this national survey—and given that NSW is likely to boast more sales than other states—these will do. As such, and without further ado, we’ll relay those top five Australian real estate agents as determined by REB. If they’re good enough for The Daily Telegraph they’re good enough for us. You know it makes sense. 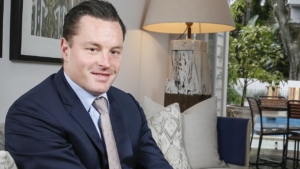 He may look like he once jumped ship in Hong Kong in search of a new identity. However, that’s because Alexander Phillips is as sharp as Jack the Ripper’s razor. One glance at his profile and you can recognise his killer instinct. Phillips is a born closer. With 22 years in the industry, he takes out the REB’s top award. Servicing Sydney’s eastern suburbs with his firm, PPD Real Estate, his listings spend an average of just 15 days on the market. He has secured 307 residential properties, with 267 sold. The average sale price he nets is $4,015,189.22. All up, he’s sold a whopping $1,072,055,523 worth of properties. We are not worthy! 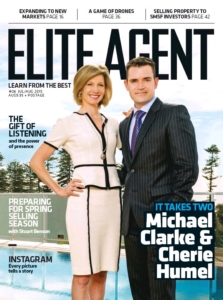 He shares his name with the former captain of the Australian cricket team. He might only play beach cricket, but Michael Clarke hits ’em for a six every time. One of the two principals at Clarke & Humel, Michael tends to the prosperous Northern Beaches, especially Manly. However, this doesn’t make him a beach bum! Lords, no! Michael Clarke comes in at No.2 on REB’s top 100 with 167 listings, 160 of those properties sold, and $770,499,500 in houses sold. The average home he sells goes for a whopping $4,815,621.88. It spends around 23 days on the market. Howzat!? Not bad for 18 years in the business. 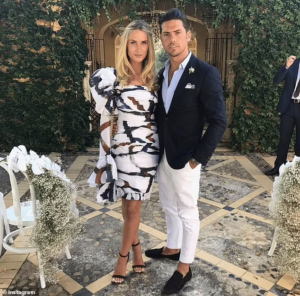 Maclay Longhurst isn’t even 40 yet and he’s moved $439,301,400 worth of the quality residential real estate. He has a better than perfect strike rate with 162 listings for 164 sales. We’ve no idea how he accomplished that, but it gives you an insight into what a winner he is. Despite a splash of controversy in 2021, when it was revealed he’d attended a pro-Australian event, he’s unstoppable! With 12 years of experience selling houses, he enjoys the distinction of being the newest agent to make the top 100. Servicing the ritzy Paddington area in Sydney with BresicWhitney, he typically grabs a price tag of $2,678,667.68. Those houses usually spend a breezy 14 days on the market. Move aside, Batman! Here is the boy wonder! 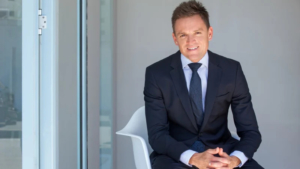 David Highland lives up to his name. He certainly doesn’t take the low road in his career. With over 25 years of experience selling homes, he’s amassed an envious number of sales. Dave is the CEO of his own company, Highland. He’s been in REB’s top ten since 2017 and has won a swag of industry awards. His listing average is 50.7 days on the market in Sydney’s Sutherland Shire and eastern suburbs. All up, David has sold $507,691, 309 worth of property, at an average of $2,097,897,975. Out of 357 listings secured, he’s sold 247 homes. That surely puts him on a high. 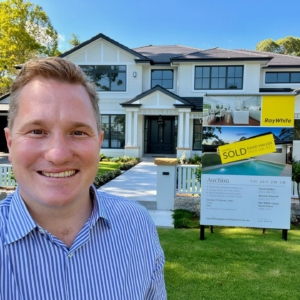 David Walker (no relation to Johnnie) is top shelf all the way. As the director and licensee of Ray White Upper North Shore, he’s its No. 1 selling principal. With an industry vintage of 20 years, he’s won more awards than we’ve typed the words, “real estate agent.” He might wear the smile of a man who’s more comfortable leaving the smiling to others. But he has heaps to smile about. Any home he sells stays an average of just 20 days on the market. All up, he’s grossed $411,286,249 in sales. His listings are likely to sell for an average of $3,238,474.40. And given that, out of 143 residential listings, he’s shifted 127, that’s quite a score. So, pass the Johnnie Walker! When you sell through Dave, you’ll have plenty to celebrate.

It’s inspiring to know that so much enormous talent is out there helping to sell your property. But just because this lot has been extraordinarily successful, doesn’t mean they have a patent on success. Australia is full of capable real estate agents waiting for their turn to ride up the list of top sellers. What’s more, we’re more than happy to introduce you to them. If you’re planning to sell your property, then get in touch with Perfect Agent. We’ll match you with a superstar real estate agent for free!