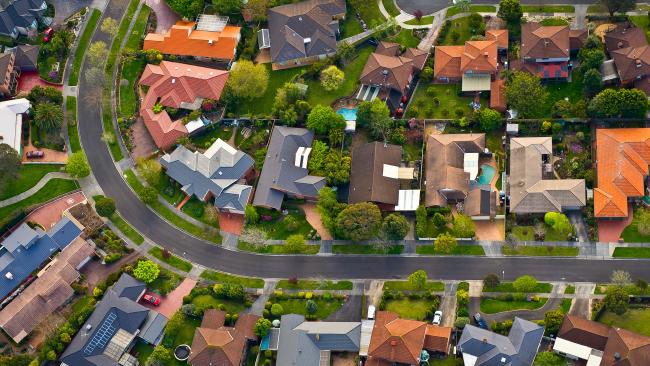 The Top 10 Cheapest Suburbs in Australia

Following a joint study, CoreLogic and Aussie Home Loans recently released a list of the most affordable suburbs and towns across Australia.

Comprising 20 towns and suburbs, the most affordable suburbs in Australia have all experienced a drop in house prices due to their distance from capital cities, and challenging agricultural conditions.

Still, says Aussie Home Loans CEO, James Symond, these towns provide a chance for first-time homebuyers to jump on acquiring property in the often quaint and quiet towns featured in the top 20 list.

“The downturn does have a bright side in the opportunity it now affords first home buyers to get into the property market, with interest rates remaining at historic lows and government grants schemes still in place in most states,” says Symond.

Here are ten of the most affordable suburbs in Australia today.

Located about 565 km north-east of Perth on the Great Northern Highway, Mount Magnet’s name is rather self-explanatory. When the surveyor Robert Austin passed by this area in 1854, he noticed that a hill close to where the town site is currently located wreaked havoc on his compass, due to its magnetic ironstone.

The discovery of gold here during the Murchison gold rushes cemented its role as a mining district – in fact, Mount Magnet is recognised as the oldest continuous gold mining town in Western Australia.

The decline of the mining boom saw property prices in Mount Magnet fall significantly, now making it one of the places in Australia where median housing prices are the lowest overall. What can you expect to pay for a home in this regional area of Western Australia? Amazingly, property here goes for an average of as little as $37,497.

Another outback mining town where gold and nickel are still extracted to this day, Laverton is located on the edge of the Great Victoria Desert, lying 952 km north-east of Perth.

The town’s history fills the streets, with The Great Beyond Explorers Hall of Fame deserving a special mention. This museum “pays tribute to not only the explorers but also to the pioneers and women of the same era. From the gold rush days to the flora and fauna, pastoral history to the nickel boom of 1969, the Hall of Fame provides an overview from pre mining history to present day.”

The minerals downturn also caused a drop in housing prices in Laverton, with the median house price in this area at just $39,923, according to data released by Aussie Home Loans and CoreLogic.

If pastoral living appeals to you, you might be interested in purchasing one of the 48 properties that make up the 99,974 square-kilometre shire of Meekatharra in Western Australia. Also formerly a booming gold mining town, Meekatharra’s other main industries are sheep and cattle farming.

The town’s name Meekatharra, the Yamatji Aboriginal word for “little water”, makes sense, considering this area’s annual rainfall of only 200mm to 250mm. Still, this outback town can lay claim to being the very first Australian town to be entirely powered by solar energy – in 1982. The town is located 775 km north-east of Perth via the Great Northern Highway.

The price of property in Meekatharra is very low, with median house prices in the town at $40,433.

Visiting Cunnamulla is like stepping back into the past. Hotels that don’t seem to have changed much in half a century, and old-timey shops serve the population of 1600 that live in this shire, stretching 47,617 square kilometres into South-West Queensland.

Its name means “big waterhole” in the Kunja language, and Cunnamulla is located approximately 787 km west of Brisbane, and 120 km north of the New South Wales border. Experience standing on the world’s largest underground river by visiting the impressive Artesian Time Tunnel, which “transports visitors back 100 million years in time to the beginning of the Artesian Basin when dinosaurs roamed the planet… The first Queensland flow from the Great Artesian Basin was near Cunnamulla in 1887.”

Property prices in Cunnamulla make it an attractive option for first-time buyers, with median house prices at a low $43,034.

Norseman is the last town you’ll pass just before crossing over into the Nullarbor Plain. Mining and tourism drive this town, and Norseman is located roughly 725 km east of Perth.

Norseman is home to the longest golf course in the world, and the Nullarbor Links Golf Course’s 1365-kilometre distance between its first hole (in Ceduna) and its 18th (at Kalgoorlie) is something that golf enthusiasts should be sure not to miss. The town offers plenty to keep outdoor enthusiasts entertained, with the Woodlands Walk on the eastern outskirts of the town providing 700 metres of woodlands wilderness to avid walkers and hikers. Don’t forget to keep an eye out for the corrugated iron camels, created by artist Kurt Hotker, when passing by the Prinsep Street roundabout.

One of the cheapest towns to acquire property in, the median house price in Norseman is $48,906.

If you haven’t yet experienced the true character and otherworldliness of the outback, Leonora will give you a sense of what it’s like to really live in rural Australia. This town is, at its core a desert service centre for the mining and mineral exploration industries and pastoral holdings that surround it, but Leonora Tower Street with its turn-of-the-century hotels and footpath verandas of the local shops will have history buffs excited. The ghost town of Gwalia, just 1.5 km from Leonora is an interesting juxtaposition with Leonora’s own, largely unchanged historical buildings.

Leonora is located about 828 km northeast of Perth and 235 km north of Kalgoorlie, and median house prices in the town stand at just $52,779, according to data released earlier this year by CoreLogic and Aussie Home Loans.

Founded from 1967 to 1973, and established between 1969 and 1975, Kambalda is a modern mining town that has burgeoned into a typical suburban development, thanks to a lively nickel industry.

Located 630km east of Perth, 57 km south of Kalgoorlie and 4 km from Kambalda West, Kambalda East is a suburb of Kambalda. It is well-developed and features all the amenities its 2,705 residents might need, including an RV stop area, a skate park, a number of shops, two schools, a health centre, recreation centre, public library, petrol station, and a news agency.

Property in Kambalda East is among the cheapest in Australia, with houses going for a median price of $60,469.

Known as “the Mother of the Western Australian goldfields”, Coolgardie can be found 555 km east of Perth and 39 km south-west of Kalgoorlie. Formerly a mining town that housed 30,000 residents, Coolgardie is now home to just 850 people. Its many museums provide a glimpse into the town’s heyday, when gold mining thrived in the area.

This is a rich history, still seen in the 19th-century hotels, office blocks, banks, and clubs that line the streets. Don’t forget to drop by the interesting Coolgardie Pharmacy Museum when visiting here. A quirky collection of old and exotic medication used in the 19th century is definitely worth a gander, as is Ben Prior’s Open Air Museum, featuring an eccentric collection of old machinery.

House prices in Coolgardie are ridiculously low, with property selling at a median price of $60,727.

Blackall has always been popular among poets, with limericks about the town aplenty:

“A popular girl of Blackall
Wore a newspaper dress to a ball
Her rig-out caught fire
And burned her entire
Front page, sporting section and all.”

The town has a lively sheep industry, and its palm trees, old pubs and veranda-ed shops lending a homely feel to this lovely country town. Blackall is 964 km north-west of Brisbane, and two schools foster a population of 1,416 people.

Tourist attractions showcasing the history of the town are well worth a visit, and the many public artworks that grace these streets make it a quaint and beautiful place to live.

Houses are for sale at a median price of only $62,042, making it exceptionally affordable for first-time home buyers.

Coober Pedy’s 1,762 residents call it “the Opal Capital of the World”, and the opal mining industry still leads in this area. The town offers many interesting stop-bys for tourists. Especially attractive might be the world’s first-ever underground church, the St Peter and Paul Catholic Church on Hutchinson Street, dug out in the 1970s.

Looking to buy property in one of the most affordable towns in Australia? Perfect Agent recommends a list of highly skilled, trained and experienced real estate agents that do business all across Australia. Let an agent that understands smaller towns advise you on a property that takes small-town living to the next level. Contact Perfect Agent today.

Want to join the discussion?
Feel free to contribute!

When to Consider Relisting Your Home For Sale