If you’re looking for a room with a view, there’s no better place to catch a scenic sunrise than from one of the top floors of a skyscraper.

The term “skyscraper” was first used in the 19th century to describe steel-framed constructions of at least 10 stories. The very first building adhering to this definition was the 10-storey Home Insurance Building in Chicago, Illinois, which measured 42 metres. Completed in 1885, it only stood until 1931 when it was demolished.

Fast forward more than 130 years, and skyscrapers are no longer a novelty. However, when it comes to tall buildings, bigger is most certainly more thrilling, and the tallest buildings in the world today would literally dwarf the very first skyscrapers.

Living in a high-rise building comes with a number of advantages, including less noise pollution and congestion and more natural light, ventilation and fresh air. Of course, living in a skyscraper also adds a sense of exclusivity and luxury that the average man on the street doesn’t get to experience every day. This is probably why residential skyscrapers are becoming increasingly common, even in developing countries like India, where the world’s tallest residential tower is currently under construction in Mumbai.

The tallest residential buildings in the world reach absolutely dizzying heights, and perhaps people suffering from acrophobia should steer clear, but imagine the thrill of actually living in one of these!

The tallest residential buildings in the world 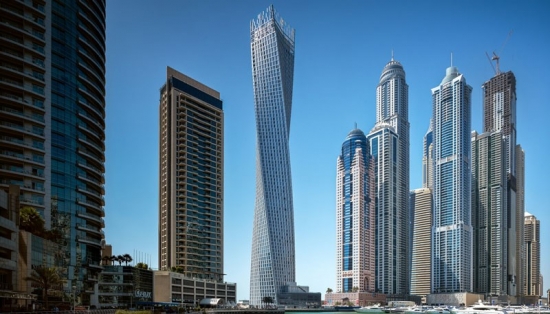 Also known as the Infinity Tower, construction on Cayan Tower started in 2006 and was completed in 2013. Residents can choose between standard studios and three-bedroom apartments, or invest in one of the luxury half and full-floor penthouses on the top six floors. Each floor’s plan is identical, but a subtle 1.2-degree offset from the floor below it gives this building its unique and eye-catching twisting shape. 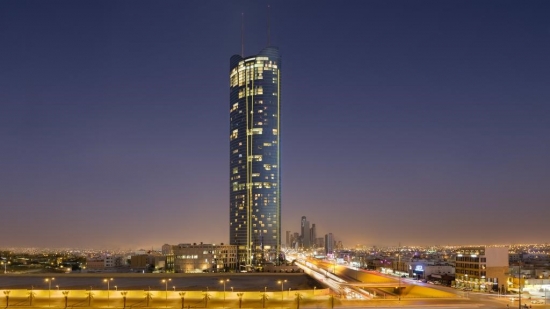 Located on the north-south thoroughfare of the city of Riyadh, the Burj Rafal has 474 apartments and 349 hotel rooms, with a great many of these being large units constructed as duplexes, catering for the needs of the typically large Saudi families. 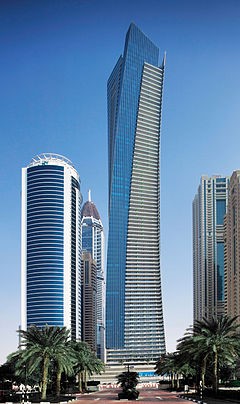 The interesting geometry of this building’s form certainly makes it stand out from the many high-rises and skyscrapers in this part of the world. It houses 519 apartments. 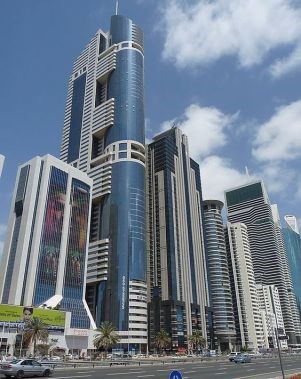 Officially known as Blue Tower, construction on this concrete giant was completed in 2010. 454 apartments are housed in this interesting structure, which probably isn’t easily confused with its many tall counterparts in a part of the world where skyscrapers are a dime a dozen. 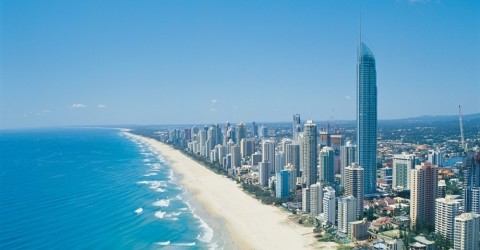 The tallest building in Oceania (ranked number 82 in terms of the world’s tallest buildings) is located at 9 Hamilton Avenue in the Gold Coast. 527 apartments can be found within its mammoth structure. 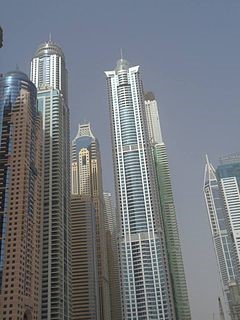 The Torch houses no less than 676 apartments of different sizes and offerings, including a number of larger duplex penthouses. The glass-paned twisting element on the spire at the top of the building mimics a torch – the inspiration behind the building’s shape and name. 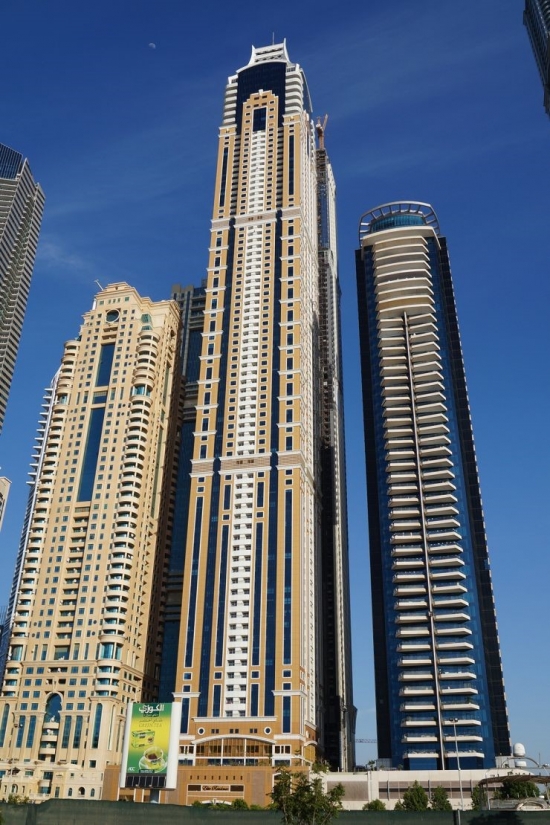 This luxury apartment building, situated on the sought-after Dubai Marina, offers panoramic views of the surrounding landscape, and fully equipped sports and recreational facilities. The residents of the 697 apartments even have access to retail facilities and a number of indoor and outdoor swimming pools. The name of this apartment building certainly seems apt! 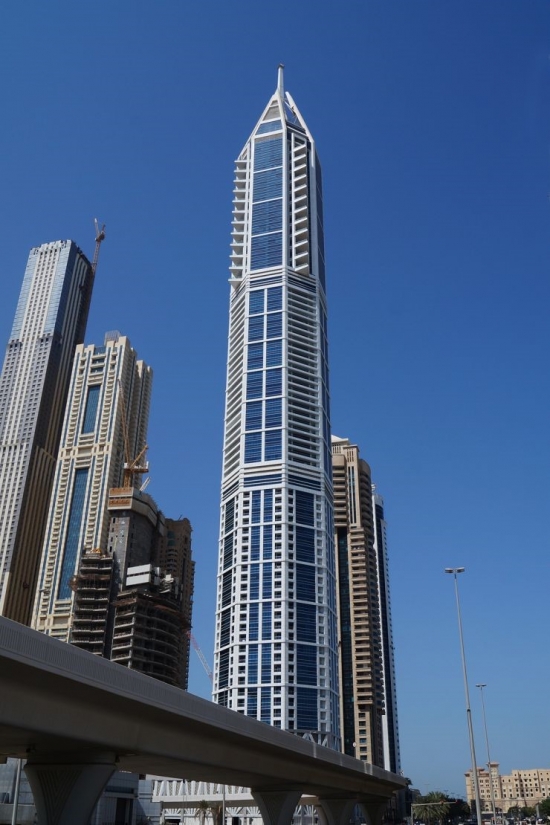 23 Marina isn’t just an apartment building – it’s a community consisting of 289 apartments that are served by many luxury amenities, including a running track, spa and health club. Each of the two, three and four-bedroom duplex apartments features interiors that are tastefully styled with wood and marble. 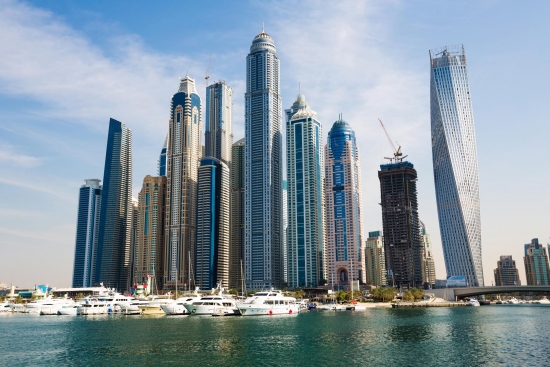 The fourth-tallest building in the Middle East could lay claim to being the tallest all-residential tower in the world when it was completed in 2012. Princess Tower sports a façade that is made up of several discernable sections. The crown of the tower reminds us why Princess Tower is named after royalty, and the residents of the 763 luxury apartments within its walls have access to many surrounding amenities, including a number of malls, cultural attractions and entertainment venues, as well as world-class luxury and safety features. 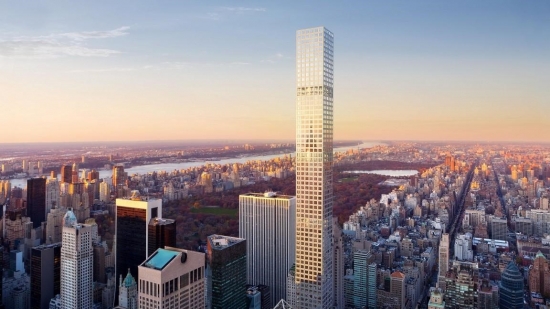 In the city that never sleeps, only the Empire State Building is taller than 432 Park Avenue, and this skyscraper has become a landmark of the Big Apple’s skyline. The building was completed in 2015 and is home to 146 apartments. Its super-slim structure is both simplistic and striking, and it innovative design makes it stable, even at higher levels where wind pressure increases. On a visit to NYC, you definitely won’t be able to miss this one. 432 Park Avenue is the third-tallest building in all of the United States, and we’re assuming the people that live in it have a bird’s eye view that isn’t easily matched.

In a Rush? How To Sell Your House Fast
Scroll to top Call Now Button